Get fresh music recommendations delivered to your inbox every Friday.

by The Intercontinental Jazz Ambassadors 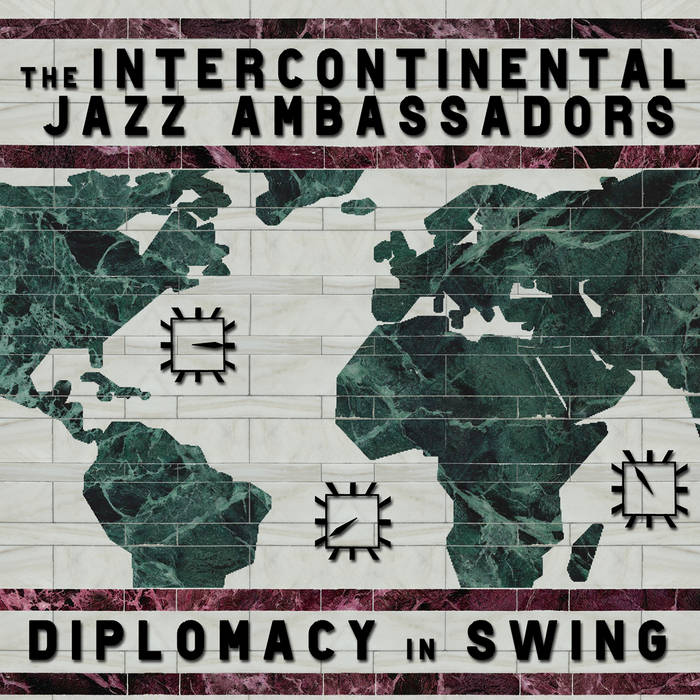 In the spring of 2020 during the initial coronavirus lockdowns in London, Andrew Oliver spearheaded an overdubbing project of hot 1920s and 30s jazz with a wide cast of all-star musicians from across the U.K. and U.S called “House Bound Jazz.” Two of the tracks featured Andrew’s old friends Doug Sammons and Dee Settlemier and were so fun that they decided to start working on a whole album featuring Doug and Dee’s vocal stylings accompanied by a variety of fantastic national and international musicians in collaborations which would only be possible in this format. The tunes, originally performed by artists such as Bessie Smith, Fats Waller, Slim and Slam, and the Harlem Hamfats, range from 1920s hot stomps and washboard band tunes to low-down dirty blues and 30s swing.

Andrew, Doug, and Dee arranged the tunes and chose a variety of fantastic musicians from around the globe. Some of Andrew’s frequent collaborators from London are featured, including expert Australian reedman Michael McQuaid and 1920s drumming expert Nicholas D. Ball, both of whom played with Andrew for many years in the Vitality Five and are regulars on the UK scene with their own projects and other groups such as Alex Mendham and his Orchestra. Gaspar Sena from the Shirt Tail Stompers joins in on two tracks, and string virtuoso Martin Wheatley is featured on Hawaiian steel guitar on one track as well, for some lovely textural variety. McQuaid’s old friend Mark Elton from all the way down in Melbourne is also featured with rock-solid slap and bowed bass work on four tracks.

Also featured are some great musicians from the Chicago and Austin scenes. Andy Schumm, the leading expert on Bix Beiderbecke’s cornet playing and a versatile instrumentalist, prolific arranger, and leader of the Chicago Cellar Boys is featured on cornet. Young multi-instrumentalist and vintage recording expert Colin Hancock from Austin, TX is featured on cornet with an authentic early 1920s sound, and also hailing from Austin is slap bass maestro Ryan Gould. Jonathan Doyle, who lived both in Austin and Chicago and currently lives in Port Townsend, lends his energetic clarinet and sax playing throughout as well. Finally, hailing from Washington D.C. is the renowned trombonist, scholar, and Library of Congress archivist David Sager as well as Andrew’s childhood friend and former Bridgetown Sextet pianist Scott Kennedy, contributing some fine piano work on 4 tracks from his new home on the East Coast.

On a special bonus track, Colin Hancock demonstrates not only his instrumental skills but also his recent efforts in resurrecting acoustic disc recording technology, with a version of “Jerry the Junker” dubbed onto a 78rpm record through an authenic period acoustic horn (like you see in the famous photo with the dog!) This re-creation of mid-1920s technology gives us a peek into the recording processes of the time and a fascinating compare-and-contrast between what musicians of that period would have heard when they made a record and our modern hi-fidelity version. Thanks to Colin for dubbing this track onto a 78 for us!

We hope you enjoy this relaxed outing into some of our favorite 20s and 30s styles with an amazing cast of musicians from across the globe. Although we all wish we could be playing together in person, it would be pretty hard to assemble this all-star cast in one location, so we’ve made the best of the circumstances to bring you this new collaboration that bridges the gap until we can play for you again in person. Thanks for listening!

Bandcamp Daily  your guide to the world of Bandcamp